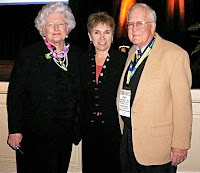 At the SECAD Conference held February 21-24 in Nashville I received the prestigious 2010 Conway Hunter Society Award for service of excellence in the field of addictions. Here I am with Eileene and John McRae of the Conway Hunter Society.
The award is a big, round gold medal and it was so heavy, I had to take it off. I felt like I was at the Olympics!
No comments:

Thirty years ago I began working with children impacted by addiction in the family. Addiction in the family is a legacy that continues to thrive, although today we have a much better understanding of how children are influenced when raised with the chaos and fear that permeate an addictive family. Yesterday I was confronted with issues of children on two fronts. I was working in a treatment facility in their four day family program and had the opportunity to work with some children of clients - a 15 year old, 17 year old and 23 year old. These young adults were aware of how their lives were negatively impacted via their relationships with others, their own use of drugs, and how fear in general was influencing their decisions about many aspects of their lives. Then while sitting in an airport, I received a call from a desperate mother wanting to know what she should do as her husband, in an alcoholic fury, had just hit their preteen age son. These are just four of the estimated 27.8 million children in the U.S. affected by or exposed to a family alcohol problem. This number does not include those affected by or exposed to other drug problems.

These children are at increased risk for a range of problems, including physical illness, emotional disturbances, behavioral problems, lower educational performance and susceptibility to alcoholism or other addictions later in their life.

It doesn’t have to be this way. Through our churches, schools, other community venues, and online social networking sites there is an opportunity to advocate for these vulnerable children who are not in a position to advocate for themselves.

Children living with addiction in their family, be it an addicted parent, sibling or other relative, need to know that the addiction and the resulting behavior is not their fault. They need to hear the message that they did not cause it nor can they control it. They need to hear they are not alone. Most importantly they need to hear there are people they can talk to, adults in their school, their church or synagogue, a friend’s parent, an extended family member, etc. As concerned family and community members and helping professionals we need to recognize the role we can play in these children’s lives.

Now is the time to be willing to rise to the occasion. Sunday February 14th through Saturday February 20th is Children of Alcoholics Week 2010, a week dedicated to bringing awareness to the needs of these children. NACoA, the National Association for Children of Alcoholics has a wealth of free information about children, and even more so about resources and ways for you to become involved this week and in the future. ACO week can be about you educating and creating greater numbers of people who reach out and let children know they are available to them and they will understand.

It is my hope we all recognize that we are in a position to impact these children not just this one week but for 365 days a year.
No comments: 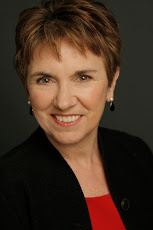